This post has been a long time coming because I picked up these stickers months ago. For those of you may not know, foreigners were first accepted into the league in 1998, so this may very well be the first appearance of them on any Korean sets. I do not know of any card sets in 1998, so the first actual foreigner cards appear in the 1999 Teleca set.

These are mini stickers that measure 6cm (2.36") on the long side. This complete set list is numbered to 289 but because some player stickers are paired with the same number, the set is actually 304 stickers. I uploaded the set, checklist and stickers (I have) to tradingcarddb.com here.

Each team has about 32 players, including any paired players. There are also five different symbols on some of the stickers. I am not positive what they mean but I can fathom some guesses. Those guesses are under each sticker image below.

I believe I'm missing some star players who may be on some of these variations. I will update this list as necessary.

Base stickers - These make up the majority of the set. The player image, name (in Korean) and team logo
are represented.


Backs - Each back has a baseball term in Korean, such as hook-sliding and double header, and all look the same.
Because the shiny stickers are made of a foil, the backs are darker and the sticker stiffer. 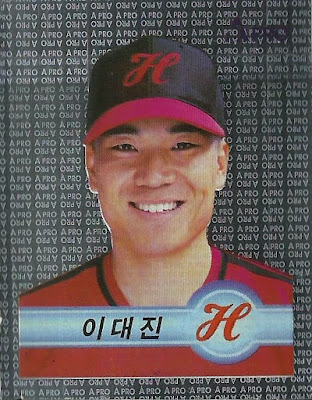 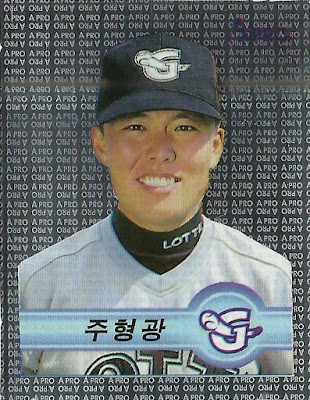 Shiny stickers - I believe these might represent the best player on the team. Because of the foil material used to
make this sticker, the backs are generally darker and stiffer. These stickers are not paired players and are one
per team, so there should be eight in total. 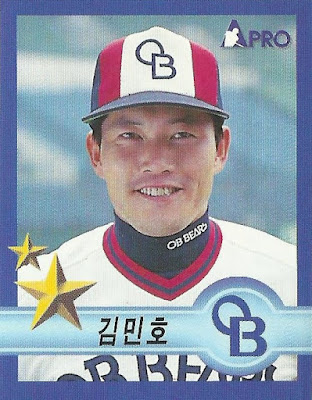 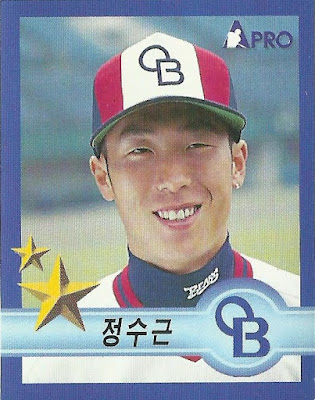 Gold Stars - Like the shiny, I think these also represent stars on the team but these are paired stickers,
with the exception of #289. 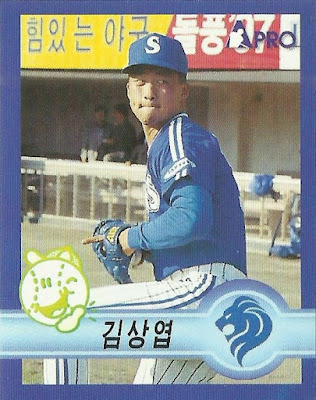 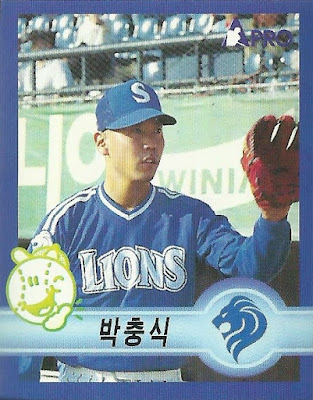 Green Baseball - I believe these are for the best pitchers 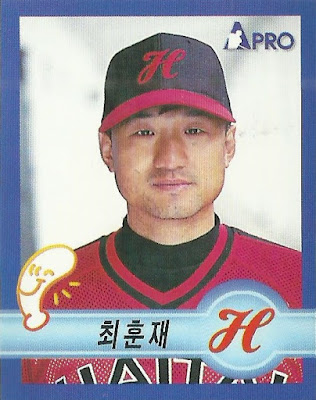 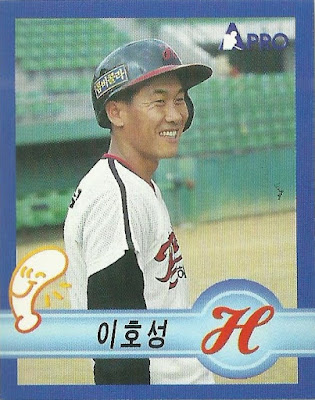 Yellow Bat - I believe these are for the best hitters 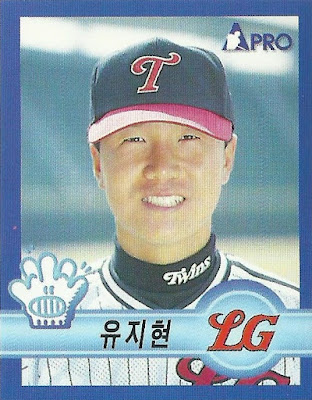 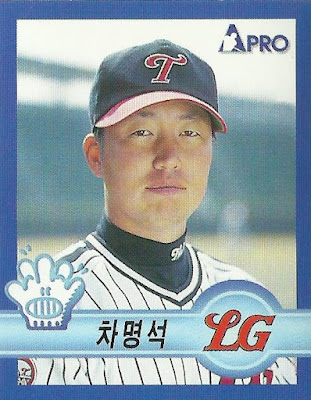 Blue Glove - I believe these are for the best defensive players. 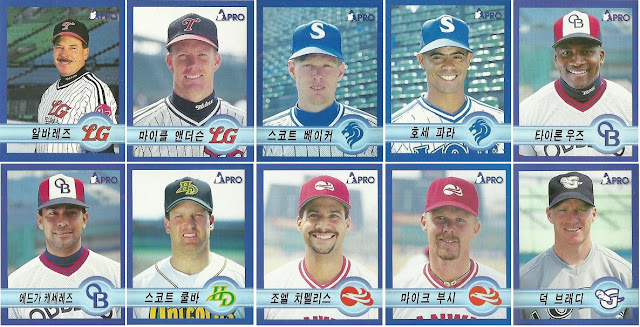 Foreigners - There are a total of 10 foreigners in this set: