Off topic: Star Trek and baseball

I wanted to make a post for this because of how excited I am about it, although it's a few years old.

I'm a Star Trek fan and Deep Space Nine is my favorite series for various reasons. I met Avery Brooks a few times at conventions I attended in 2012 and 2013. At the first convention I bought a 8x10 at his desk to have him sign, but before the second convention I thought his character through some more and I brought a MLB ball to have him sign because his character was a huge baseball fan. I had him sign the ball with his name and his character's name. For a Star Trek souvenir, I thought it was tops... 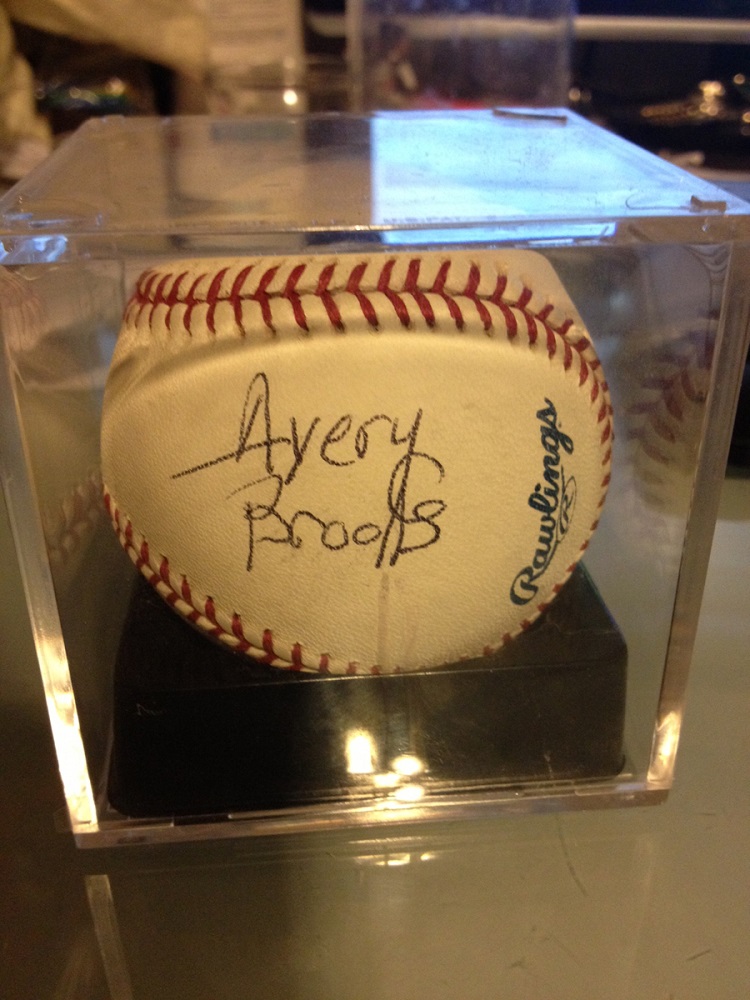 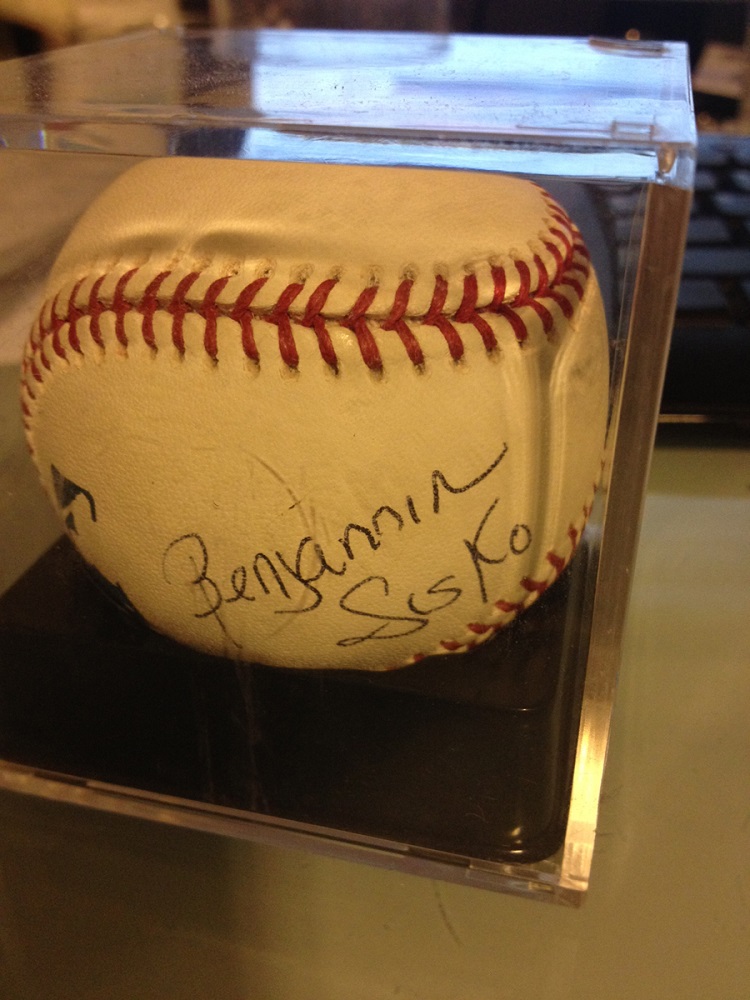 Until this.. I'm a huge fan of baseball, a Trekkie, and love the episode, "In the Cards." I'm sure most of you know it. It's Season 5 Episode 25 where Jake is adament about buying the Willie Mays rookie card from an auction of Quark's. He and Nog weren't able to win the auction but after going through various obstacles they finally attain it and give it to Benjamin at the end.

So, to my story of how it happened. I'm not sure I can come up with a more creative idea (to me anyway) revolving around baseball and DS9. I bought the Willie Mays rookie card reprint, not realizing it was a mini, and joined the FB 50th Star Trek Con group and was able to find a fellow fan to get the autos of actors Aron Eisenberg and Cirroc Lofton for me! I mailed him the card, a protector, and a special marker for autos on cards. After getting the autos at the convention he sent the card to another friend who then sent it to PSA for authentication. Honestly, Im not sure I can top this idea for myself. Im so happy with this outcome. Here it is.

A PSA authenticated Aron Eisenberg and Cirroc Lofton signed 1986 CCC reprint of Willie Mays' 1951 Bowman rookie card. I hope you can appreciate it as much as I do. 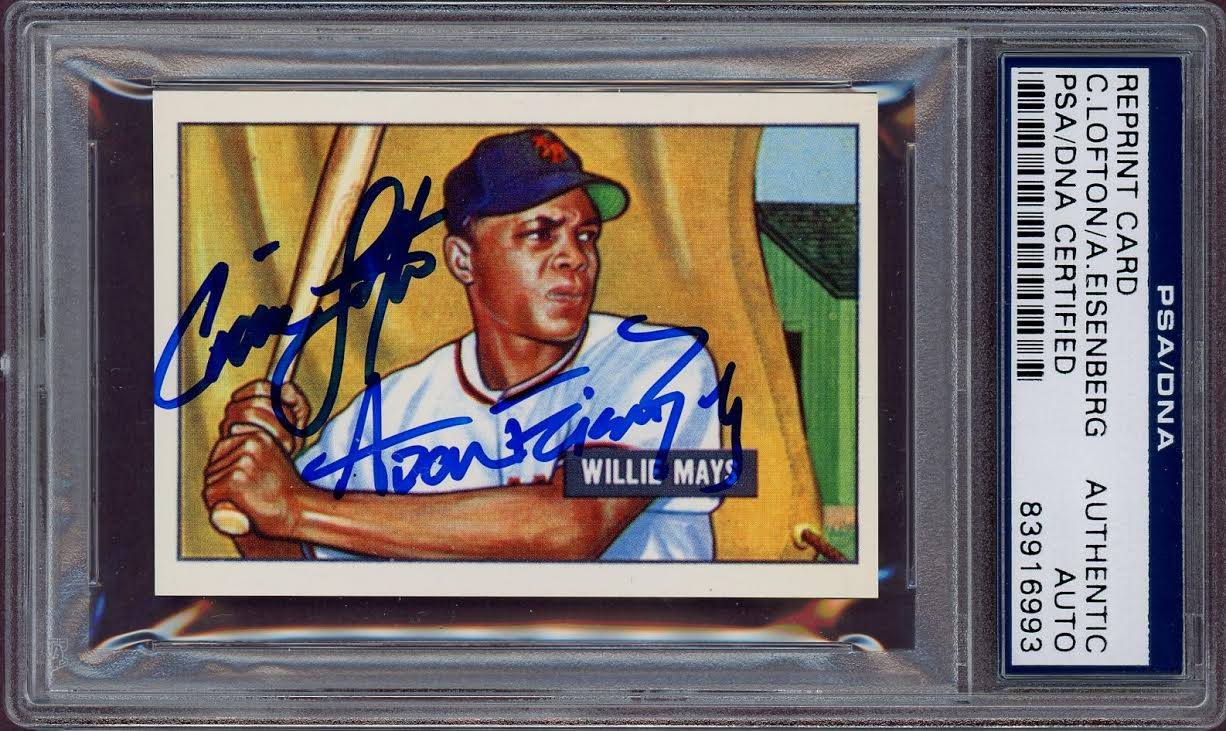