Like the Gold edition before it, the Black edition has some similarities, so let's start with the layout.  The layout of the set remains the same.

So after reviewing my box break videos, the rare all-star wave paralells will be packed with the autos and superstars.

Normal (N) & Gold Normal (GN)
The similarities start with the normal and gold normal cards, which I feel should have been either changed or not produced again. Do we need to see the same card with a gold frame around it? The difference isn't flashy enough for me to really care. It's more of a chore seeing those cards back to back when you open packs. I also do not care for the new look of these cards. I don't mind the team color coding but the design leaves more to be desired. I pulled 19-20 Normal and Gold Normal from each box.

Superstar (SS)
The superstar cards are same in number and kick off the set at card #001. This is a much different look form the Gold version and I'm always one for changing a look with each set. These SS cards also have different serials. In his last year, Seung-Yeop Lee starts off the set.

All-Star (AS)
Along with the increased relics and autos, the All-Star cards have a change as well.  This time around the creators have gone back to an oldie.  The base All-Star card is the same as the original from the 2014 Superstar Baseball Card Season One set.

There are still three variations of All-Star cards. The (1) base, (2) a new, square parallel, and the (3) wave parallel, the last of which was introduced in the Gold edition. The wave parallel is the rarest of the three, whereas the sparkle was the rarest in the Gold edition set. I loved the sparkle parallel and wish they would have used it again. From my three boxes, I pulled 19-20 All-Star parallel cards, always getting two waves and the remainder, squares. Each box also gives 17-18 base All-Star cards.

Above is a comparison of the background used in the All Stars for the 2014 Superstar Season One and the Black Edition.

Relics/Game Used and Autographs (SD SA SP)
In my three boxes I pulled five hits which were three autos and two relics. Each of my autos were of /10 and relics of /40. In this set, cards #114-#371 are relics or autos. 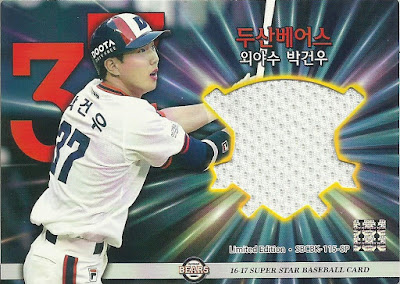 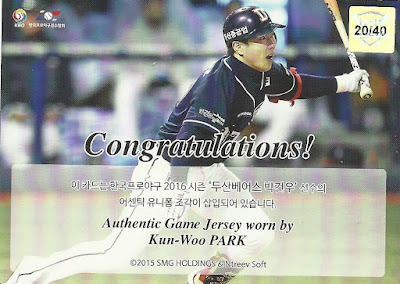 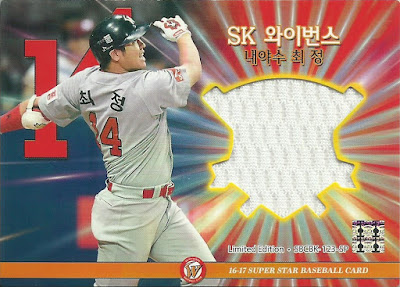 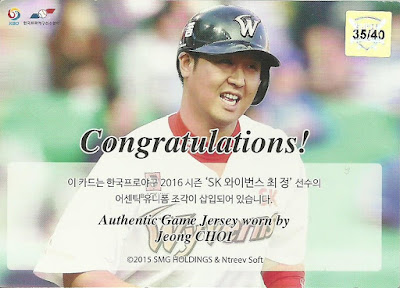 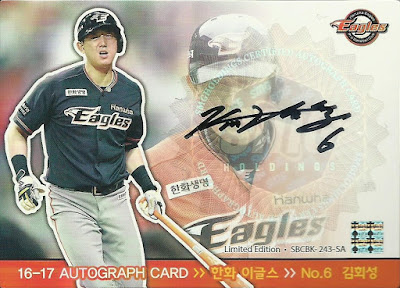 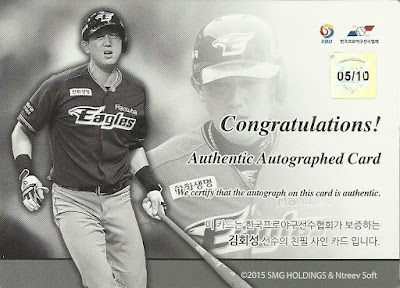 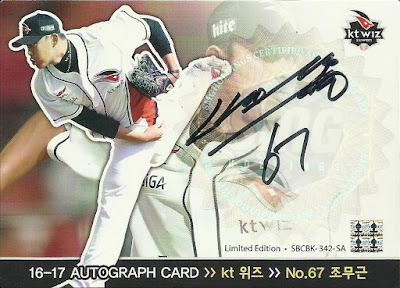 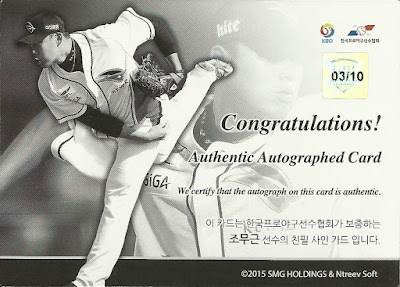 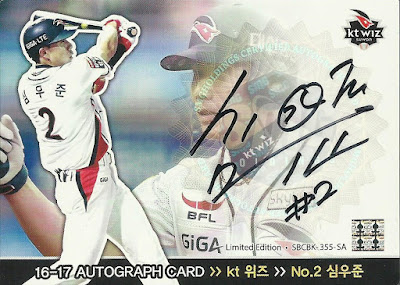 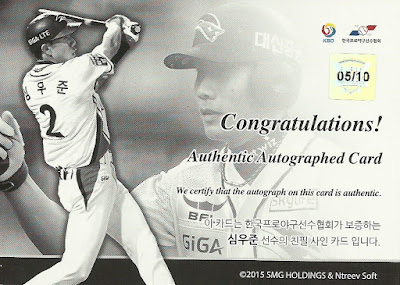 My Thoughts on the set
As mentioned before, I'm not a huge fan of the GN normal parallel but I do like that the gold frame on this version is a hologram, whereas the Gold Edition GN were gold without any kind of reflection.

I enjoyed the addition of the Square parallels to this set but would have preferred the Sparkles over the Waves for the rare all-stars. I also like the re-use of the original All-Star look from the 2014 set.

This set has even more autos and relics than the Gold. So those who love chasing and/or buying hits, this set is for you.

Because I'm more of a Korean set and Lee Seung-yeop collector, I will be more interested in completing the set (minus relics and autos) and trading those hits for any Lee cards. And being me, I look forward to enjoying the scanning, cropping and uploading of this set to tradingcarddb.com. I uploaded this set here.