Daewon Media has released a set for the 2017 season on 4/24/18 called 2017 SCC.. Since this is a 2017 set, none of the players who played MLB in 2017 and returned to Korea are in here (Kim Hyun-Soo, Park Byung-ho, Hwang Jae-gyun). The number of each type of card is in parentheses next to the type. There are NO foreign players included in this set.

The cards are sorted by team, then within the teams, the pitchers comes first.

I didn't keep track of my dupes by box but I have updwards of 285+ doubles from four boxes and was about 30 cards short of completing a base set. Unfortunately I received 4-5 dupes of a single players, versus getting one or two from many different players.
BASE (224)
These cards show the player name, team logo, jersey number, card number and company logo. The back shows the same front photo but in black and white. It includes his 2017 stats and bios. 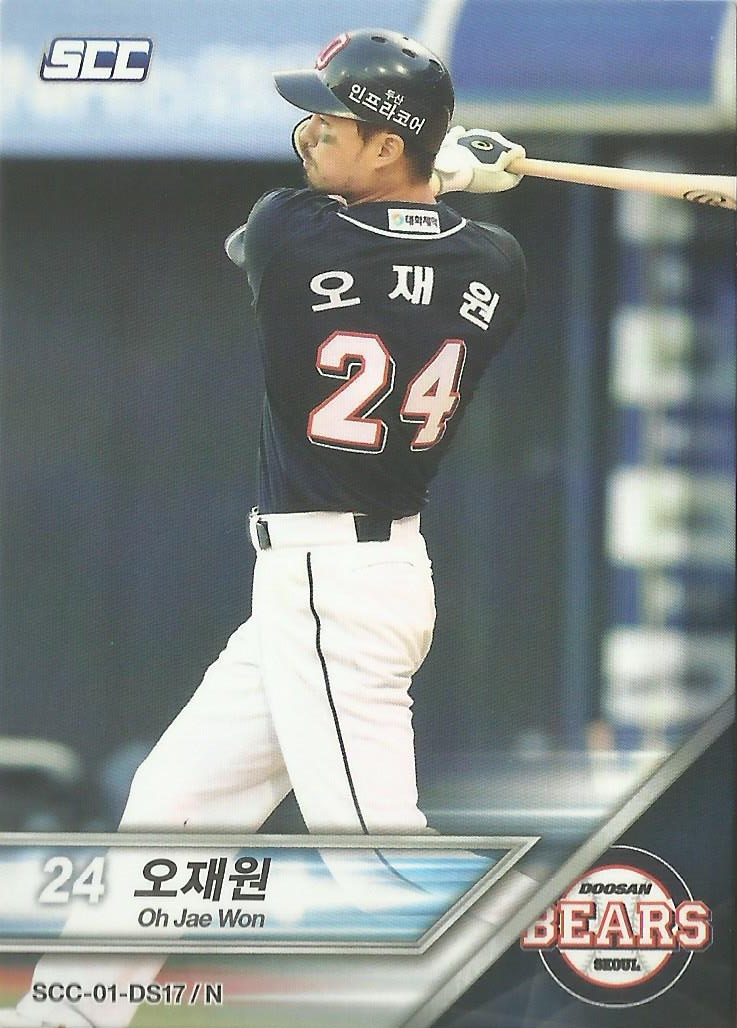 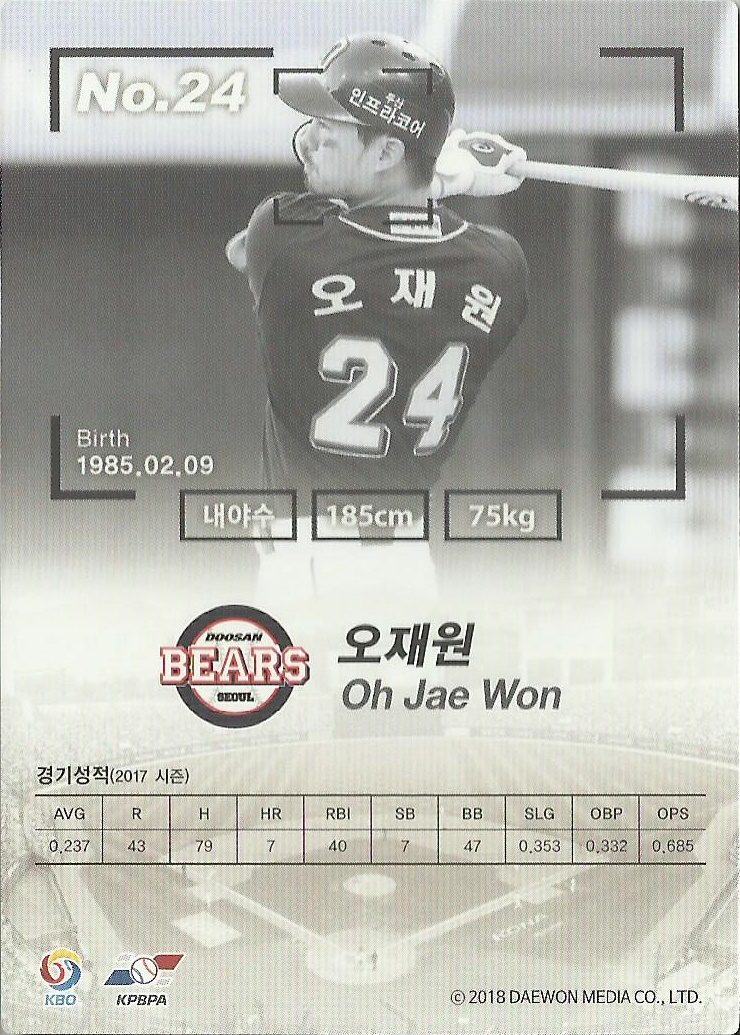 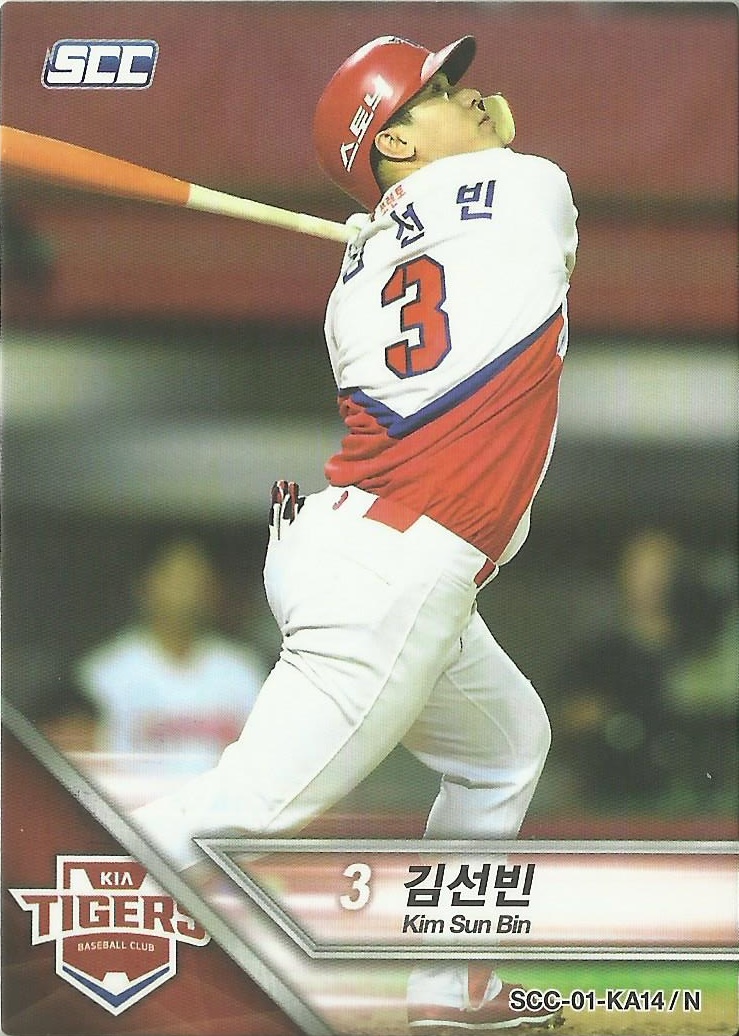 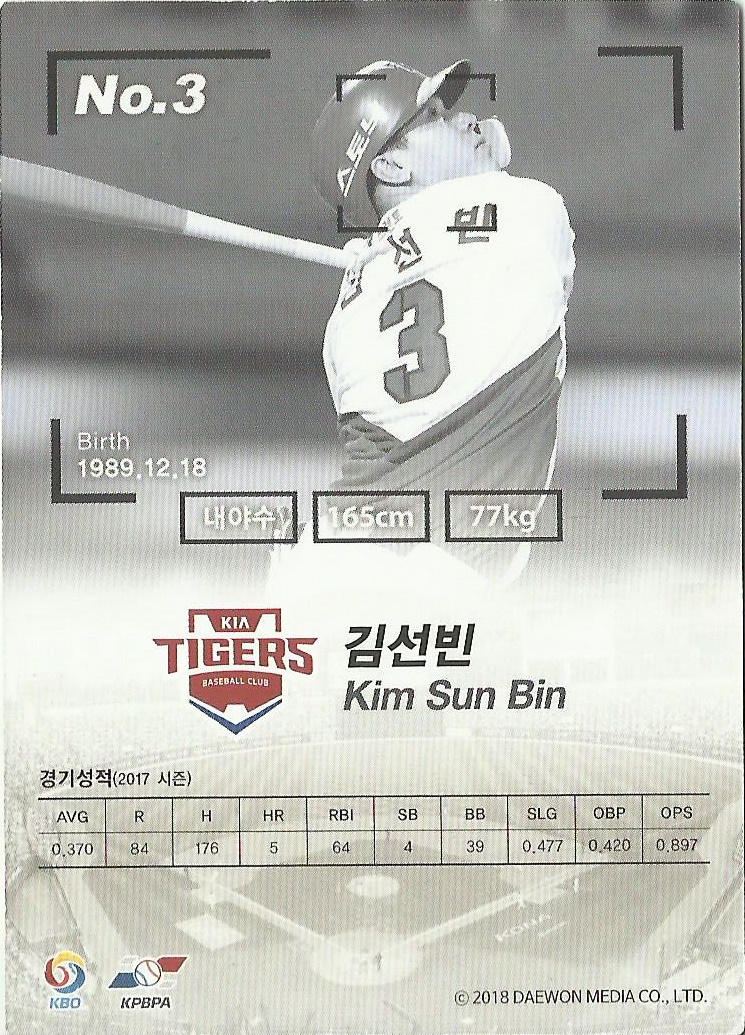 RAY PARALLEL (50)
These show the same information as base except that the company logo and jersey number are holograms, similar to Big Star cards in the 2014 KBO Super Star set. Also, a different black and white image is used on the back. 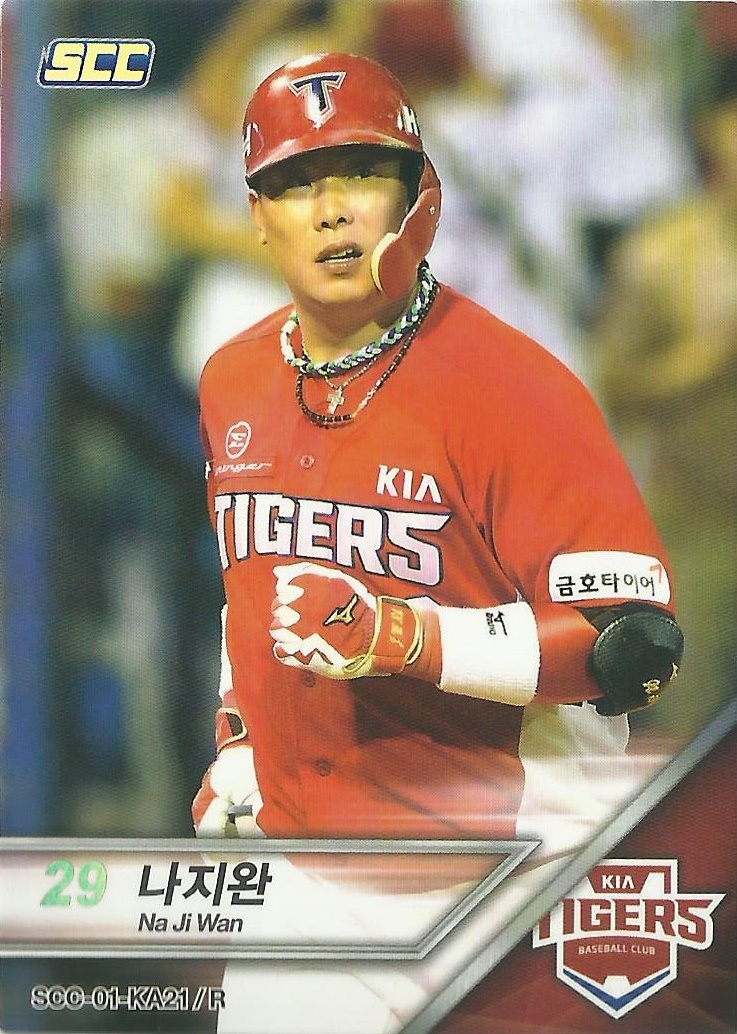 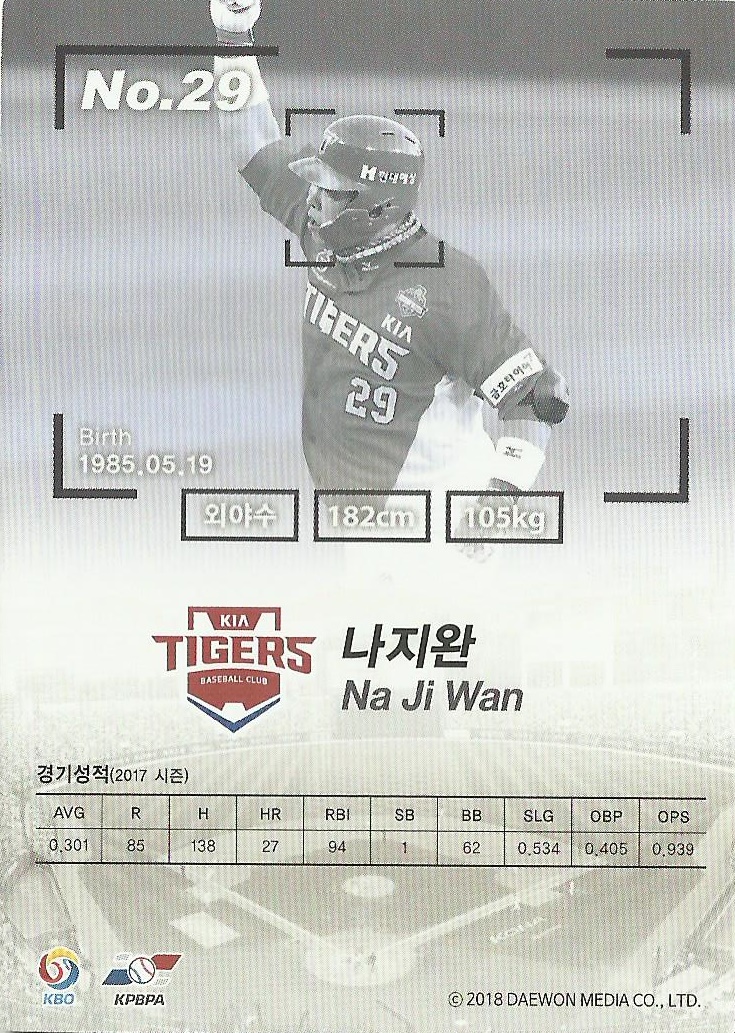 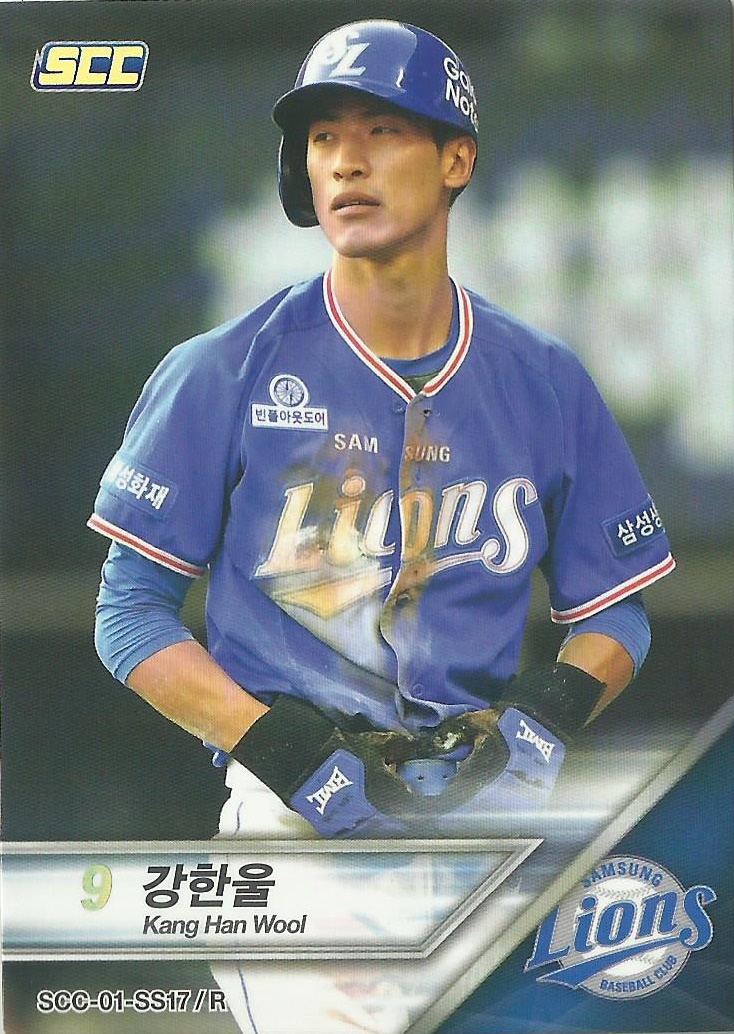 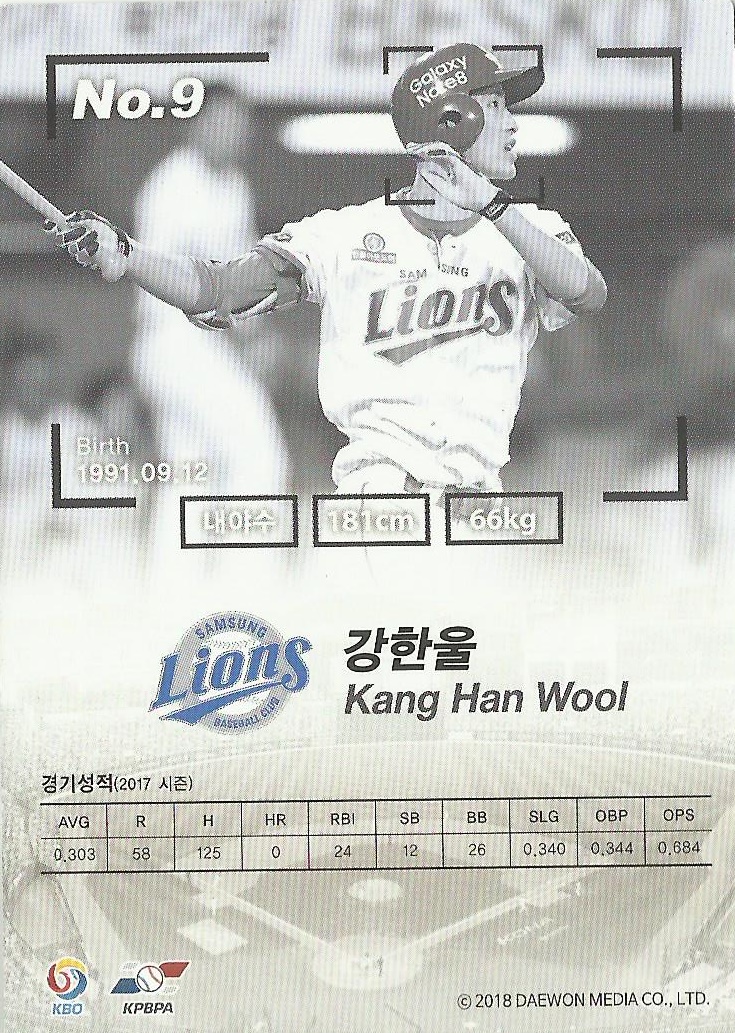 ROOKIE (22)
The rookie cards have an elevated, glossy like surface for the image of the player. On the front, the name is only in Korean but on the back, both languages are included. Also, a different black and white image is used on the back. 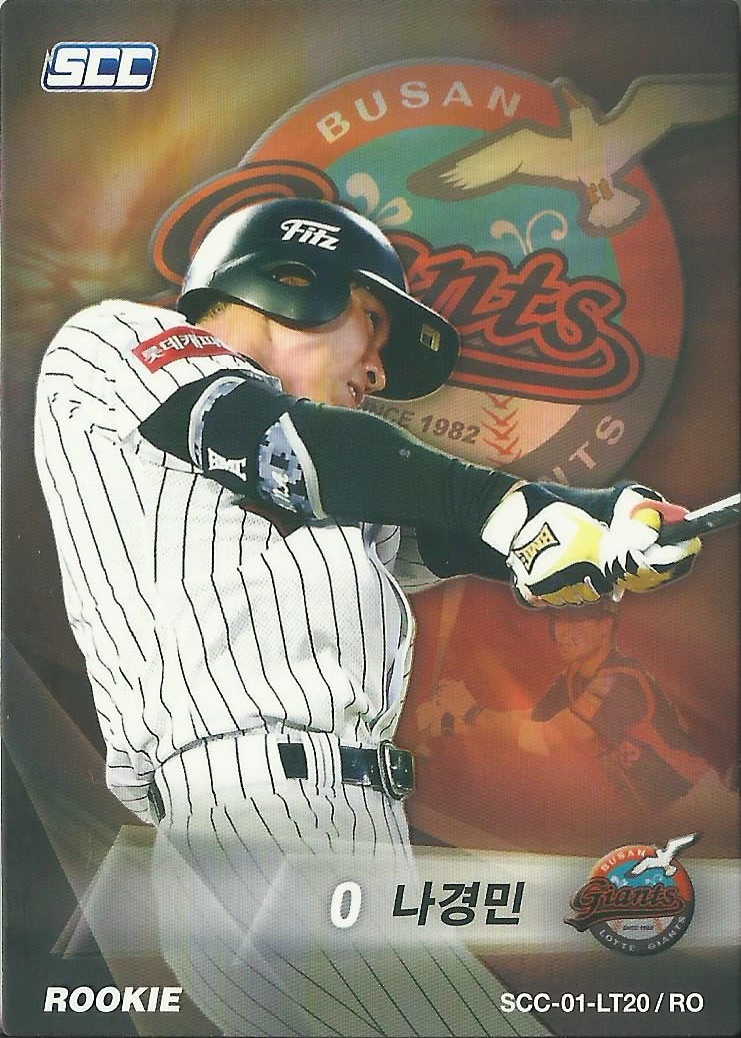 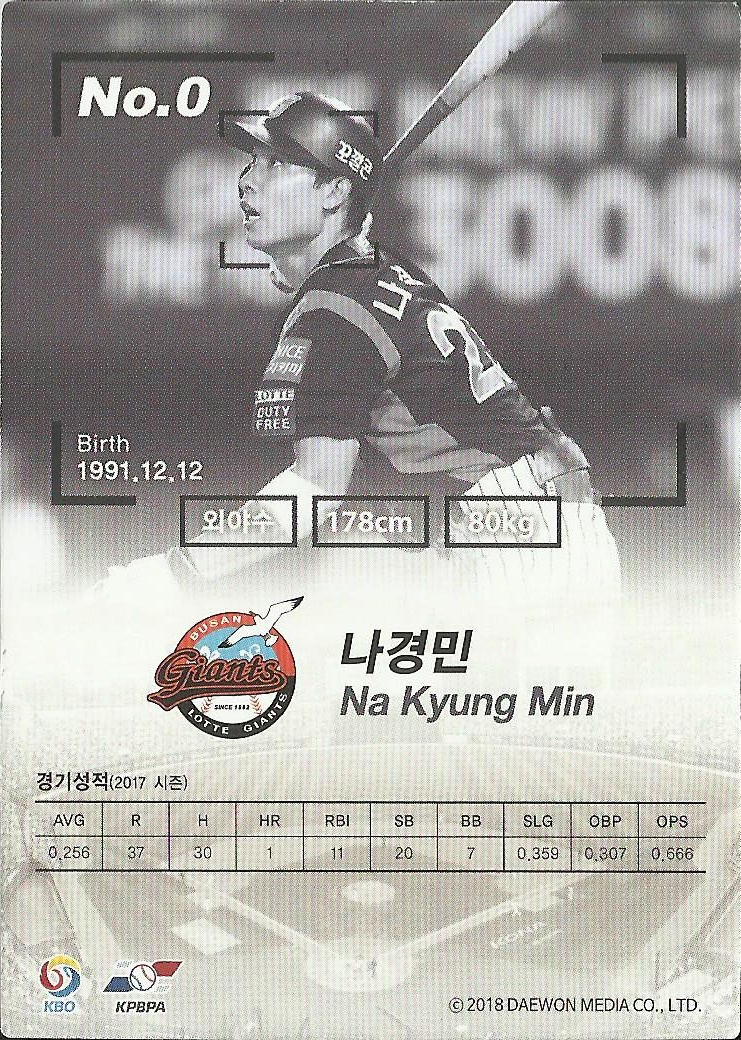 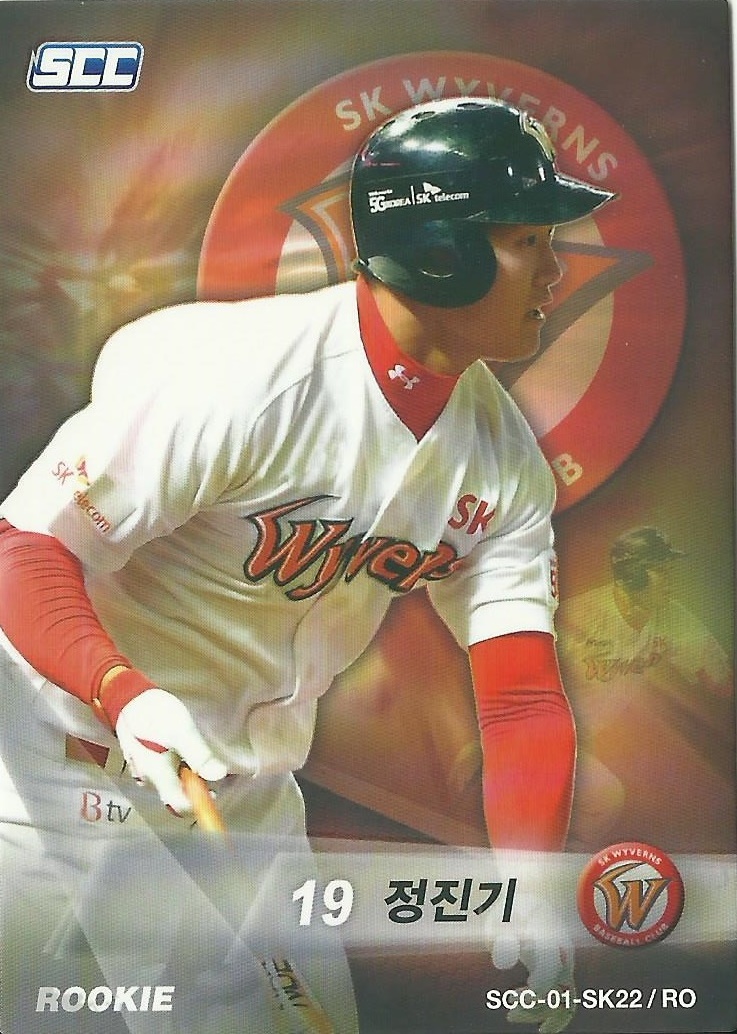 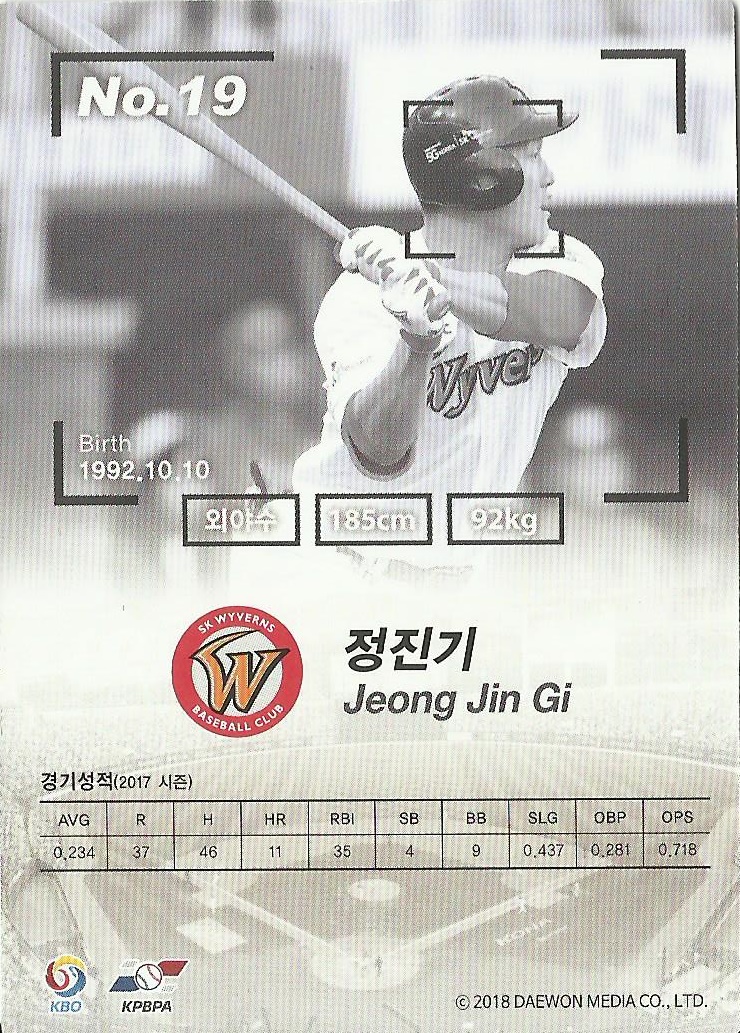 FACSIMILE AUTOS (63)
Not sure what to think of these. I like the idea but unsure how I feel about only having a few from each team instead of a whole set. 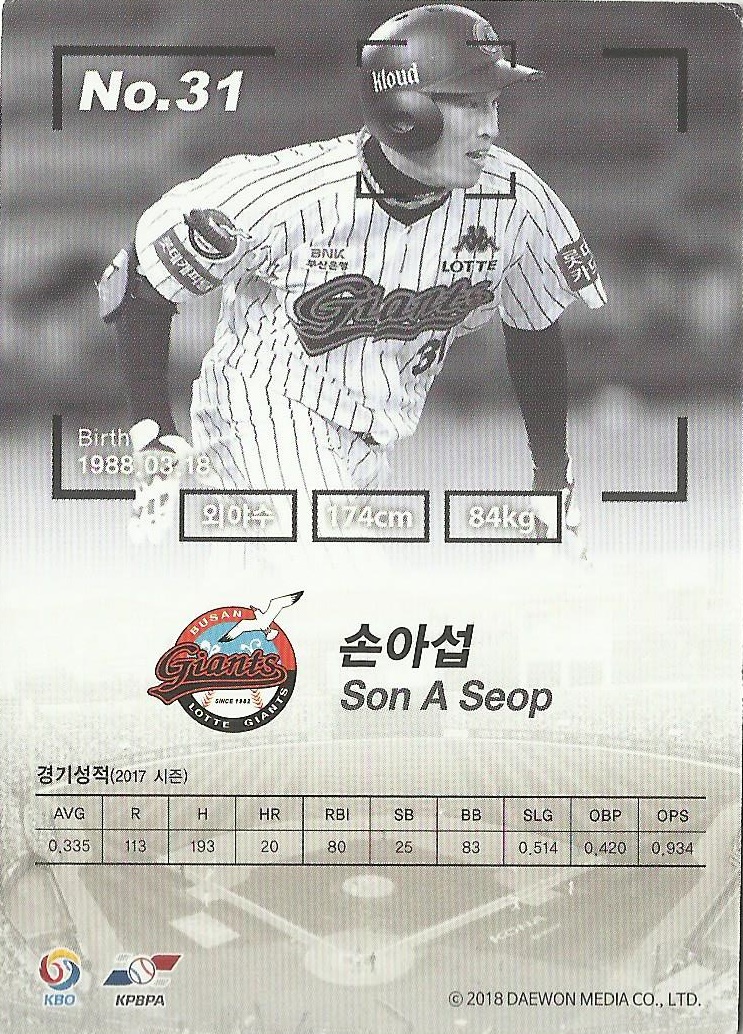 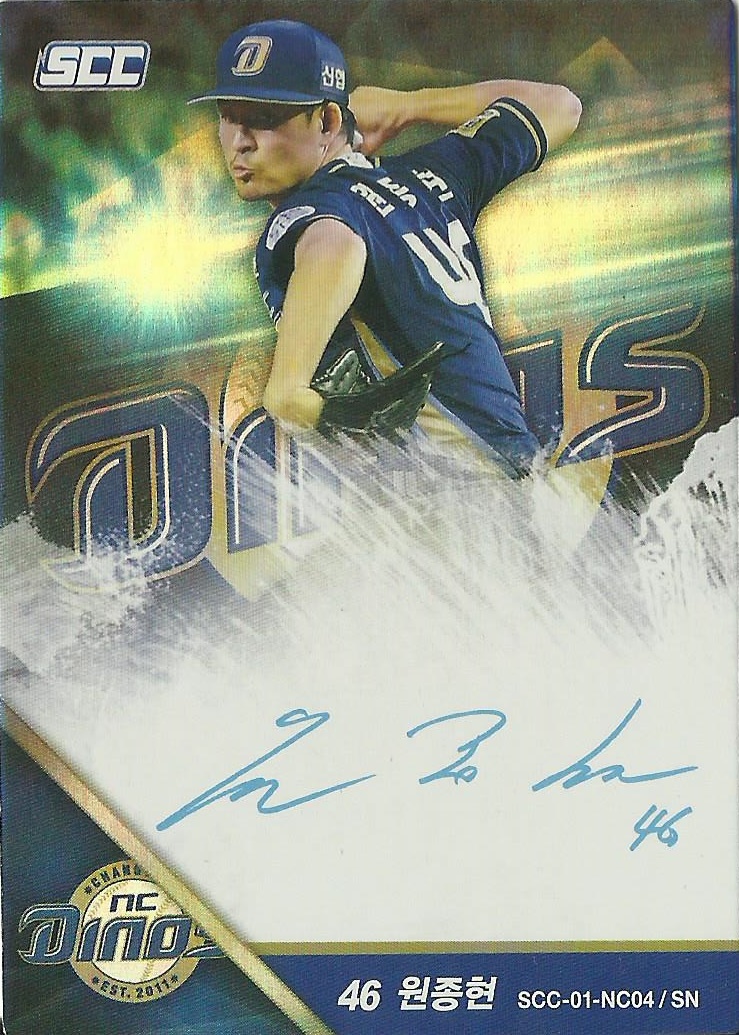 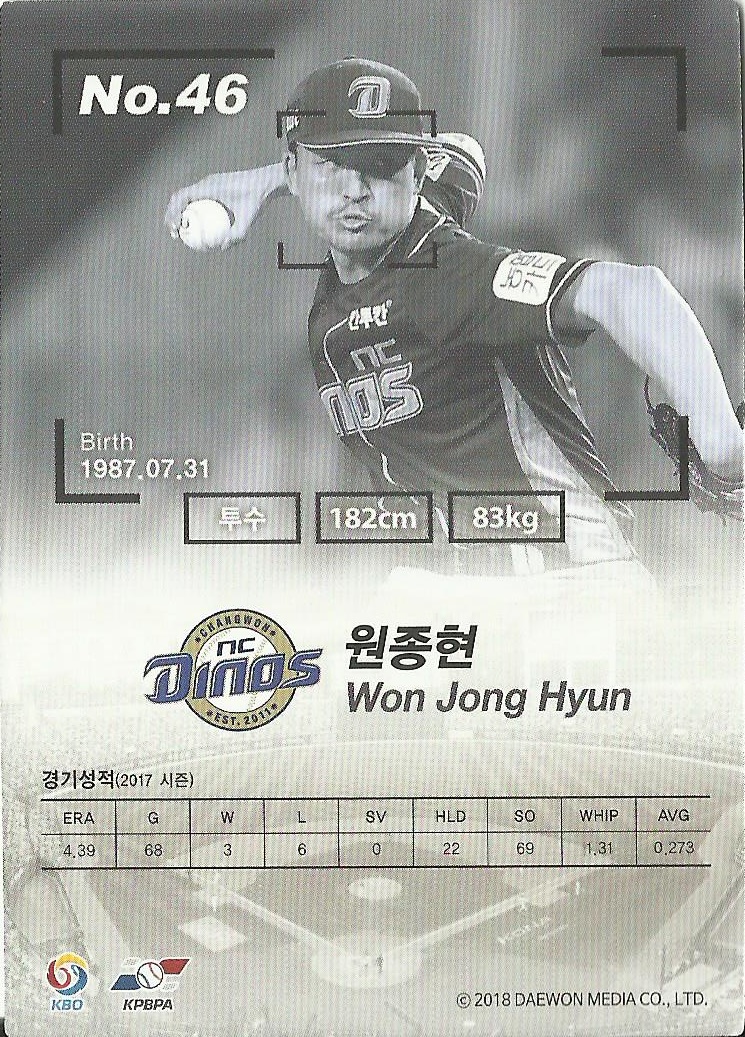 AUTOS (?)
Unknown to how many different players have real autos in this set but both of the sticker-signed cards I pulled are serialed to /10 each. 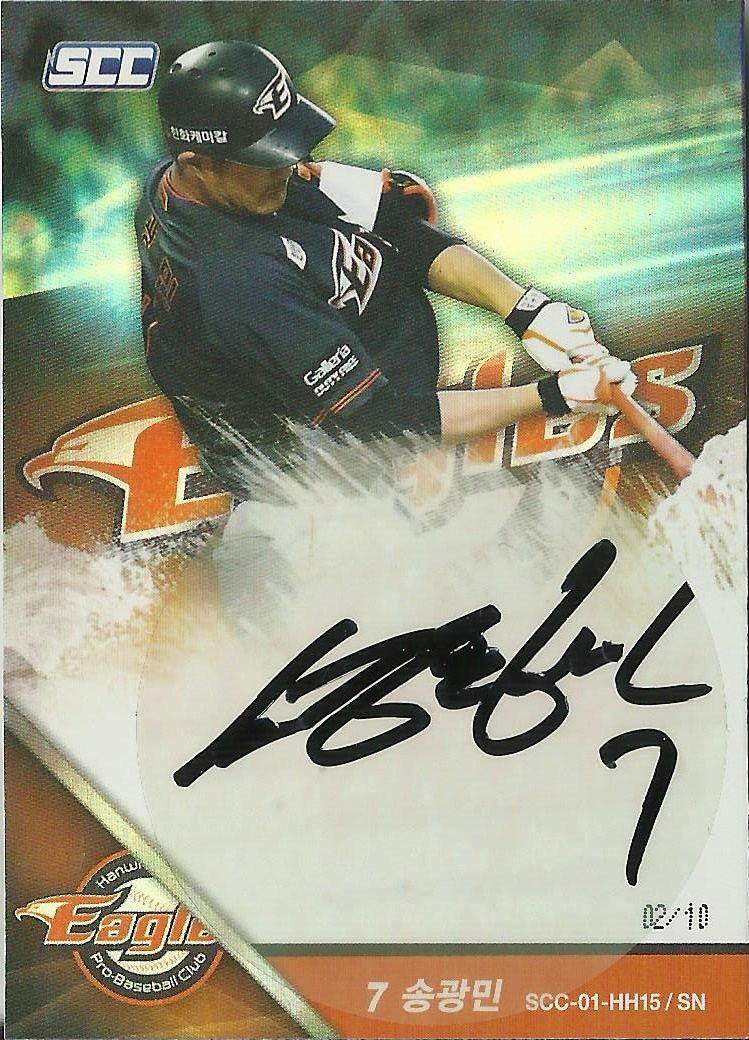 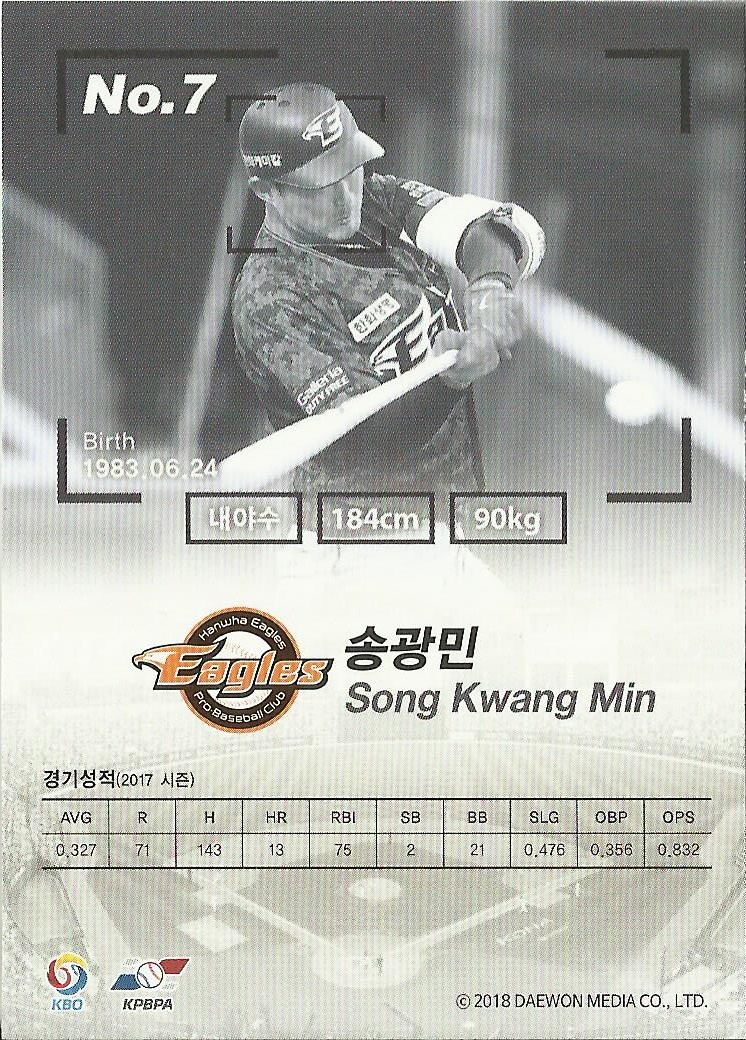 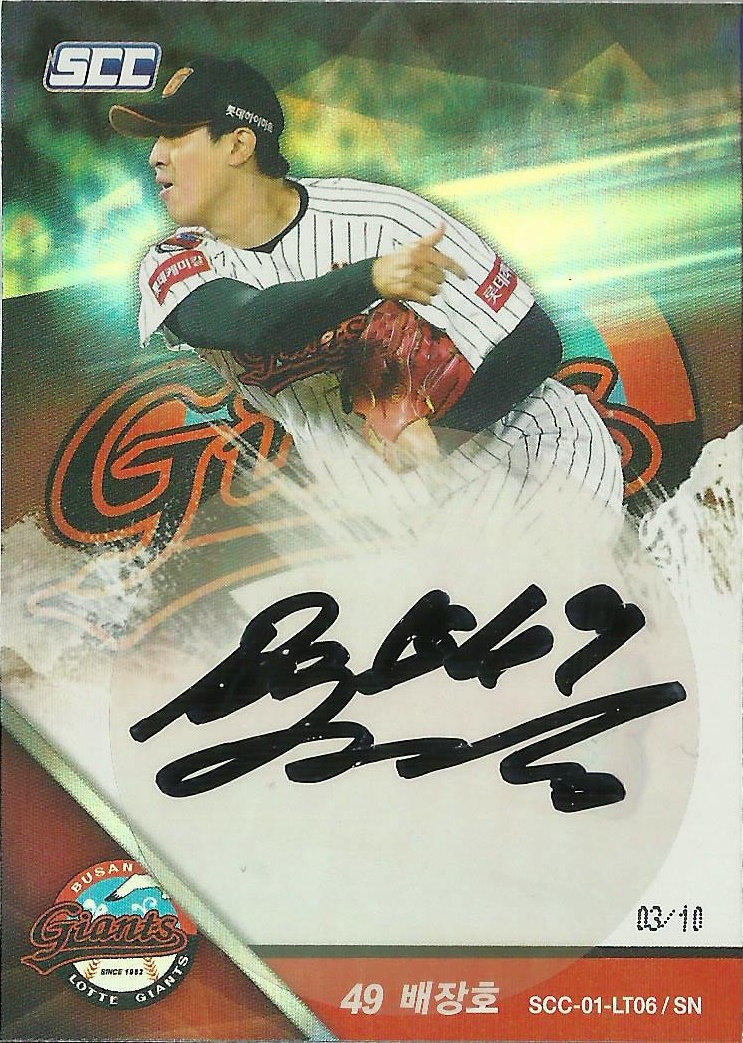 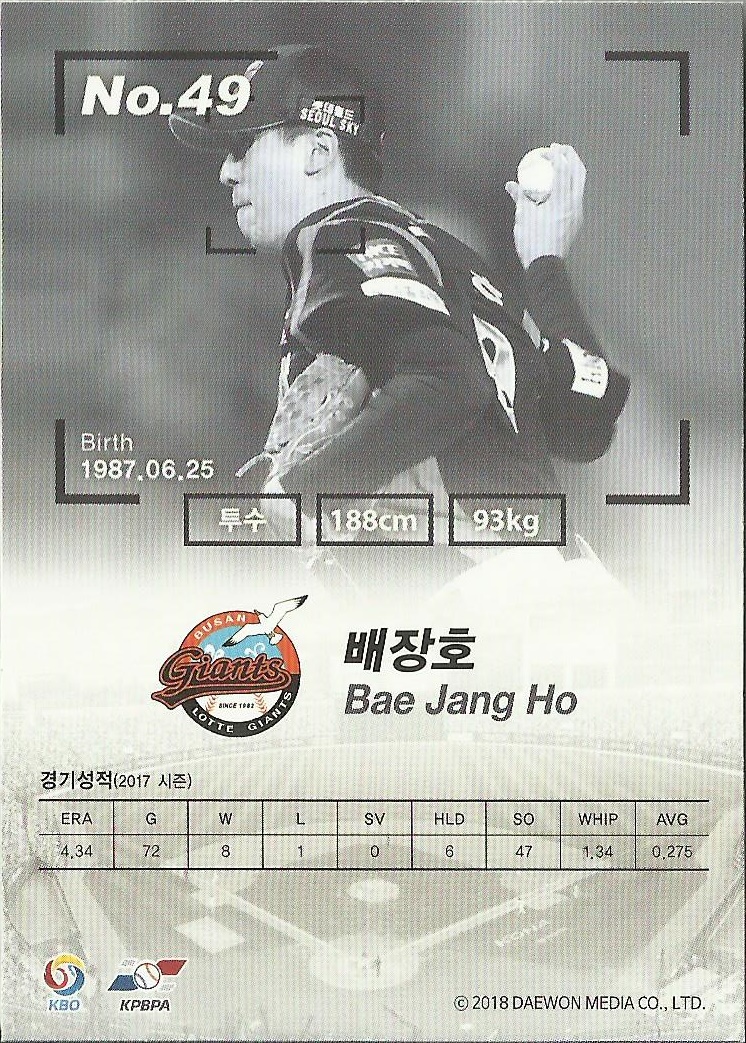 RELICS (10)
I pulled a relic of a great player but may trade it to a friend. The card is uninspiring, bland and non-serialed. 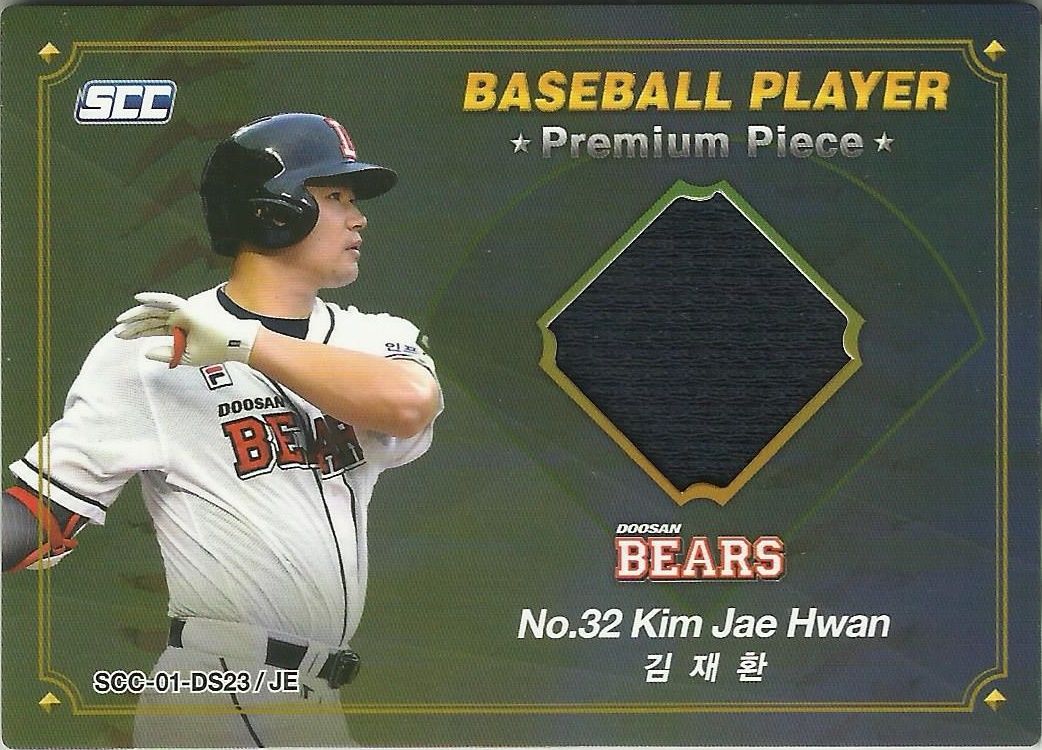 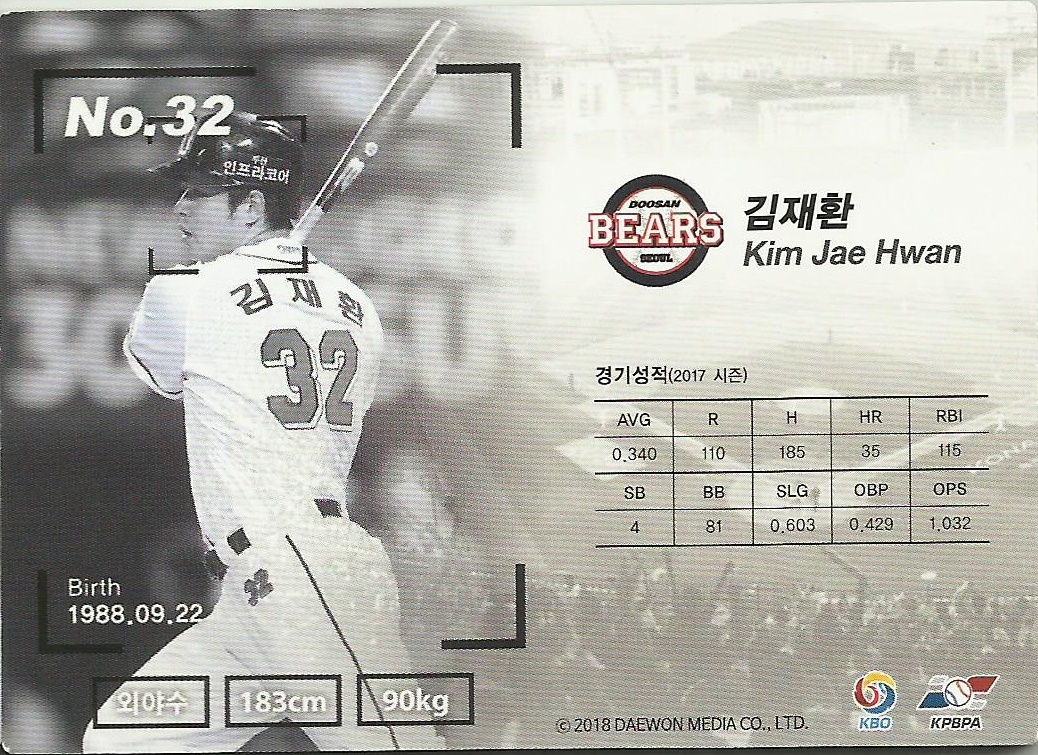 LIMITED (50)
I opened four boxes and only pulled one of these cards. The one I pulled is a serial of /30. 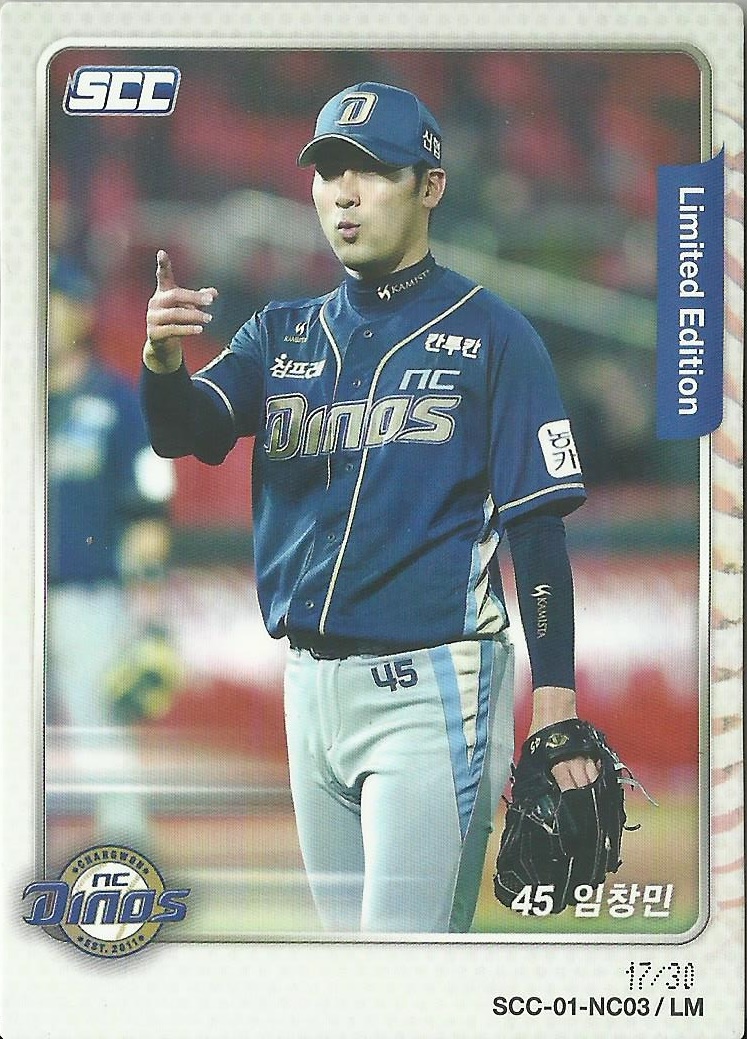 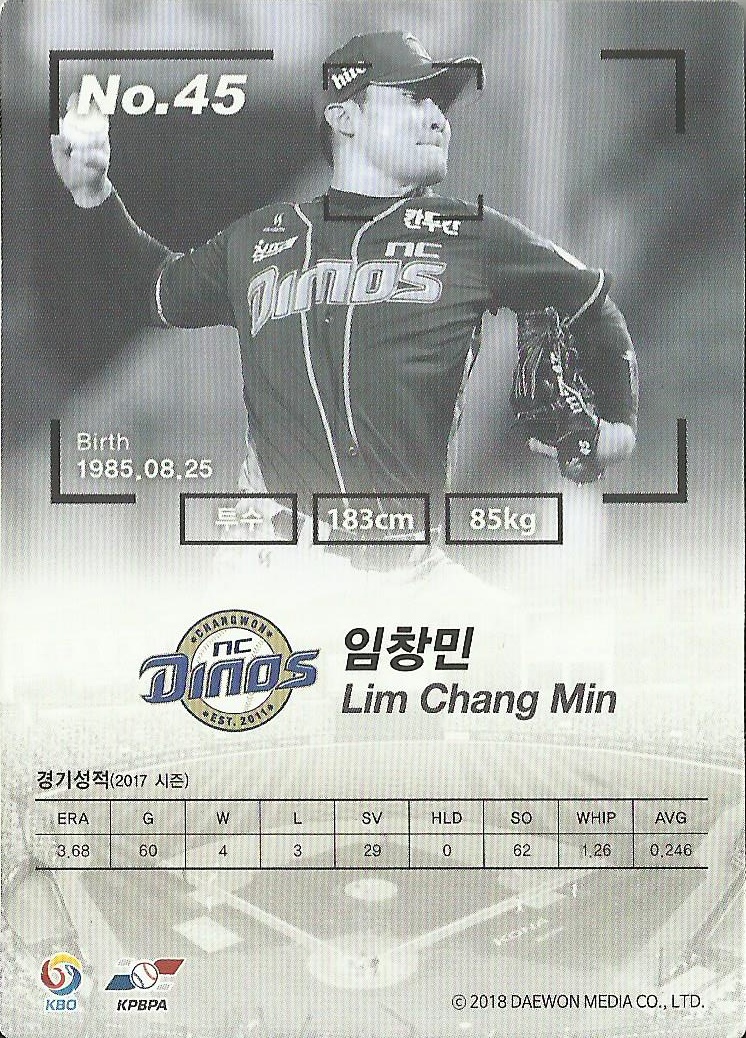 The design is cool enough but I love the feel of the cards. Very smooth, not glossy. Slide right through my hands.

Names are both in English and Korean on the front. I don't mind if the English name isn't on there but I know many like having it so it's a cool bonus.

I was happy to see a different image was used on the back on the ray (holo) and rookie cards. I was going to complain about the base not having a different back image but I'm glad to see progress.

The card numbering. SCC chose to use 13 letters, numbers, dashes and slashes (SCC-01-DS01/N). They also decided to use their own lettering for the teams and card type, and not continue what SMG/Ntreev had used. I really have no idea why they don't just number the cards from 1 to whatever but they insist on using team letters. If they insist on sorting by team, that's fine. JUST USE NUMBERS.

The inserts. Don't number the parallels with the same number as their respective base card, (and different card letter abbreviation). They did this for all the rookies, facsimile autos and rays (holos).

The non-uniform team logos at the bottom of the cards. Sometimes they are in the right corner, sometimes the left. So if you are scrolling through them by looking at the team logo, you can't do it fluidly.

If you are releasing autos (albeit stickered and non-serialed) in boxes, don't also have facsimile autos.

The relics have a bland design and are non-serialed.

Korea is big on putting jersey numbers on cards. I personally could do without it on both sides. Just leave it on the back.