I just received my first order of Japanese cards from Noppin (dba Crescent Trading), a Japanese "middle man" company who places your bids and ships to you. I think you would need a Japanese Yahoo! Auction account which I don't think non-Japanese can get, otherwise I would attempt this myself.

When using this site, and others like KuboTEN, who I am awaiting an order from, they charge you 1000JPY (~$10) per seller you buy from. So if you want seven cards from seven different sellers, you are paying $70 off the bat. The good things is that they will hold all your packages and ship them all at once so you can save on shipping. These sites require you to deposit money ahead of time to bid on items, similar to COMC, and I use PayPal. Since they are in Japan, they charge you JPY (Japanese Yen) which is less than the U.S. dollar at the moment so I make a little more on the exchange; unlike my more important monthly exchange from Korean Won to US dollars.

I decided to take photos of the packaging received from Noppin. I ordered 17 different Seung-Yeop Lee (이승엽) cards from different sellers. Keep in mind, you have to go by the pictures unless you can read Japanese, which I can not, though I use bad Google translator for assistance. The auction sites also use the translator so you don't have to cut and paste everything to a translator, but it may not always give you what you need. I decided to pay the $14 to ship via EMS instead of Air Mail. 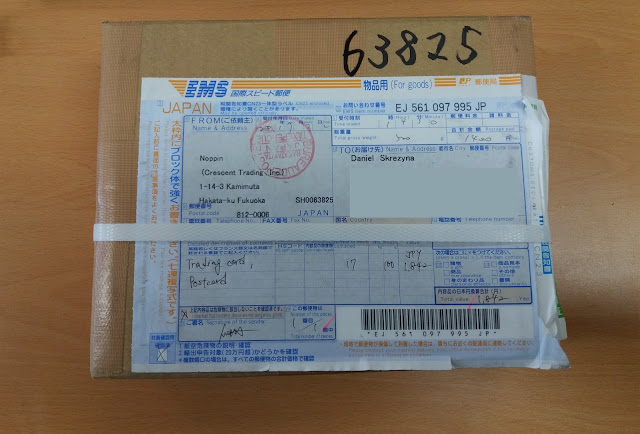 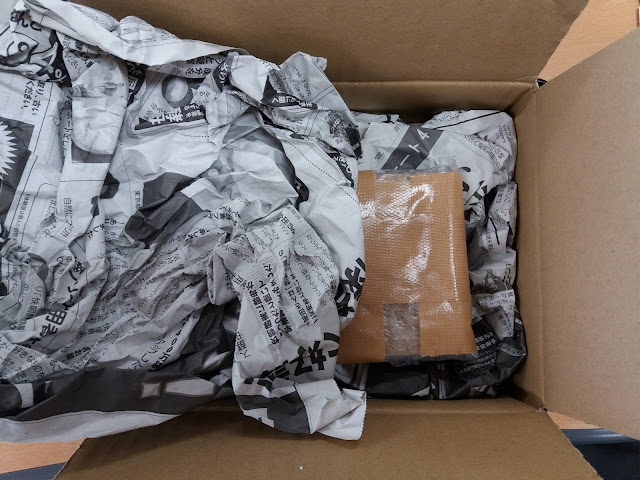 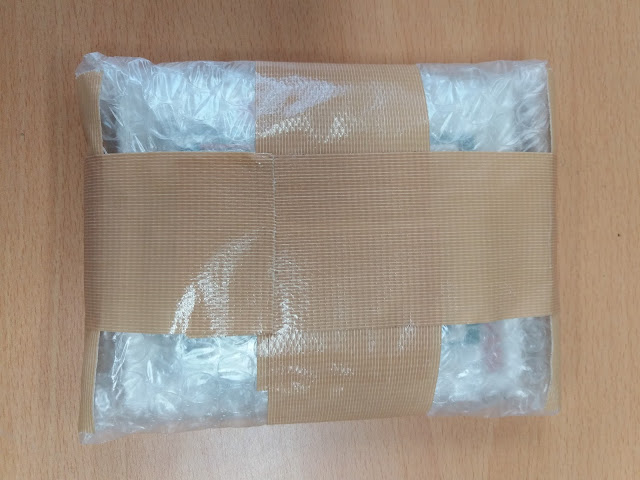 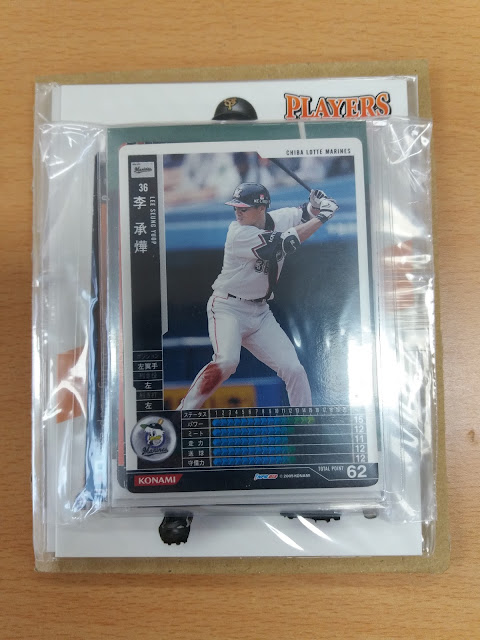 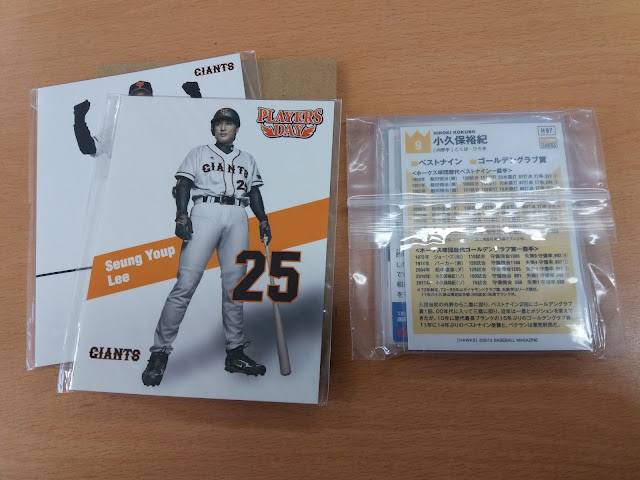 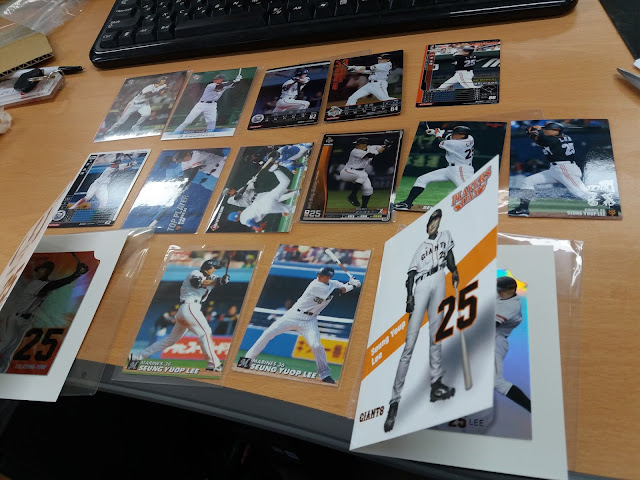 In this order, I received two Yomiuri Playing Day cards of Lee with the Giants which are packaged inside a Giants postcard, some Calbee, BBM and Konami. I did read on one of the auctions that it said the card was dirty, but it was cheap so I bought it anyway. Upon closer inspection, the holographic card has surface smudges that can't be removed so I probably won't submit it to PSA but will look for a new copy.