Teleca produced various sets in 1999 and 2000. A few of the 2000 sets were a review of events during the '99 season. These included the Korea '99 Japan set and the '99 Golden Glove set. The latter set has 10 cards and includes two foreign players, Felix Jose and Dan Rohrmeier. The foreign Korean card pioneer Thomas St. John is credited for the Felix Jose photo on card #GG8.

Like many other Korean sets, I've rarely found them complete and have had to buy cards as singles. At the moment I only have two cards of this set. 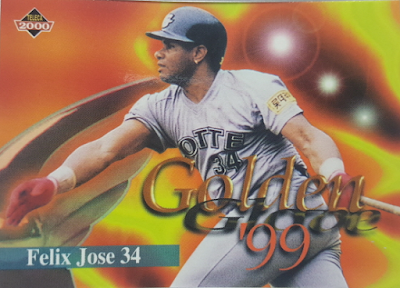 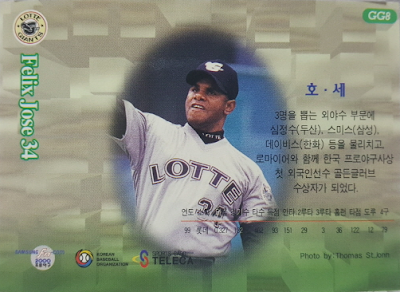 This set, along with many other Korean sets, can be found HERE at the Trading Card Database.