This post has kind of come out of nowhere. I wasn't planning to write it. I haven't been to the U.S. for two years but I will be going for summer vacation on July 25th and I'll be there for two weeks (yes, short but that's what I get for summer vacation) through Aug 10th. I will be visiting family in Boston, Chicago, San Diego and Los Angeles. While in Chicago, I'll visit my favorite LCS (Local Card Shop) and pick up supplies to put in my suitcase. They do not sell packs of penny sleeves or cardboard boxes here in Korea and all other supplies (i.e. 9-card pages) cost twice as much. When in San Diego, I will try to get out a PSA submission I've been planning for some time now. That's what this post is about.

If you look back in my 2016 posts, you will find a PSA submission post I did on some Lee cards. I'll post a few below. I had a great grader for that submission and all but one of the Lee cards came back GEM MT 10. I have been collecting Lee cards pretty much since I arrived in 2014. I didn't know much about him or KBO baseball before arriving, but I quickly became a huge fan. I've taken it upon myself to scan, crop and upload all Korean cards I pick up and it's been fun. The cards I have of Lee I have acquired through box purchases on Gmarket and single cards on Naver cafes (forums). His rookie year was 1995 but I am unaware of all the sets that have been released before my arrival in 2014 but have done a lot of research. One of my colleagues has been in Korea for a long time and he is known for his card collecting prowess and he has been writing a book about card collecting in Korea. 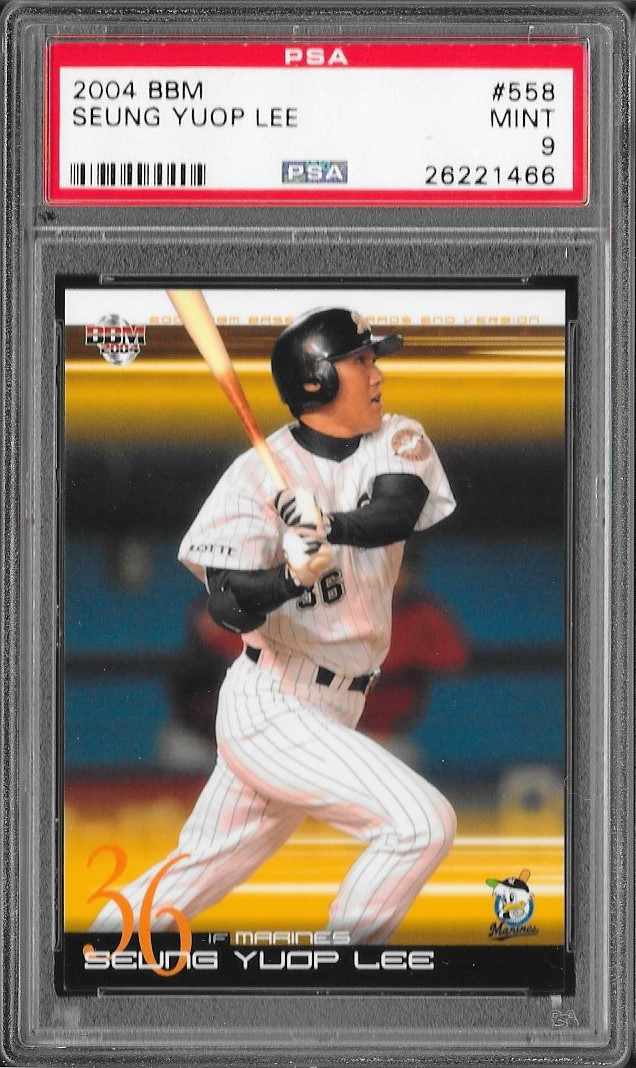 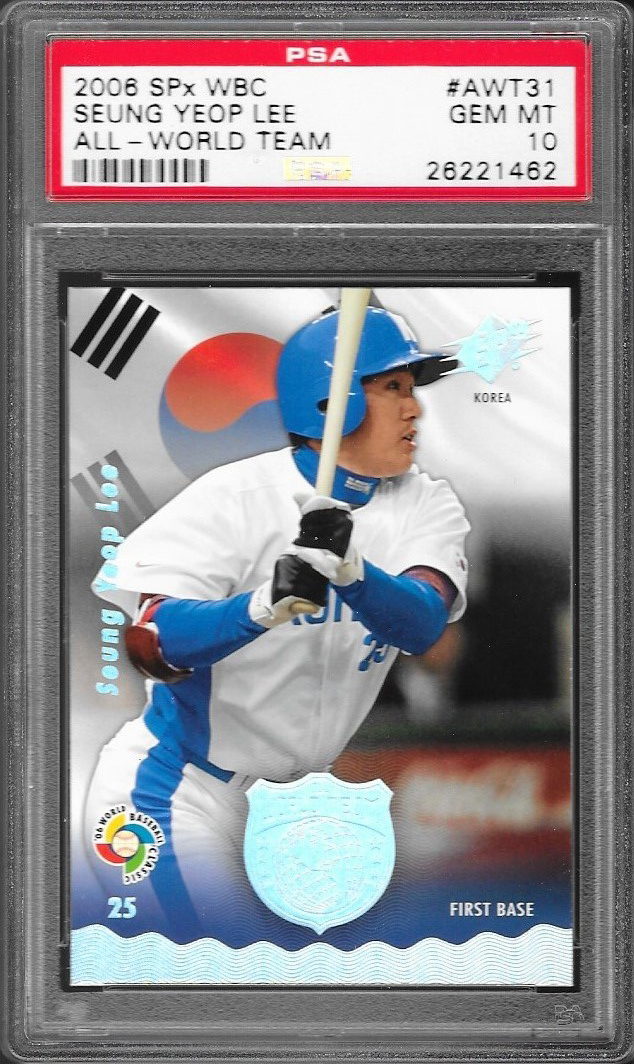 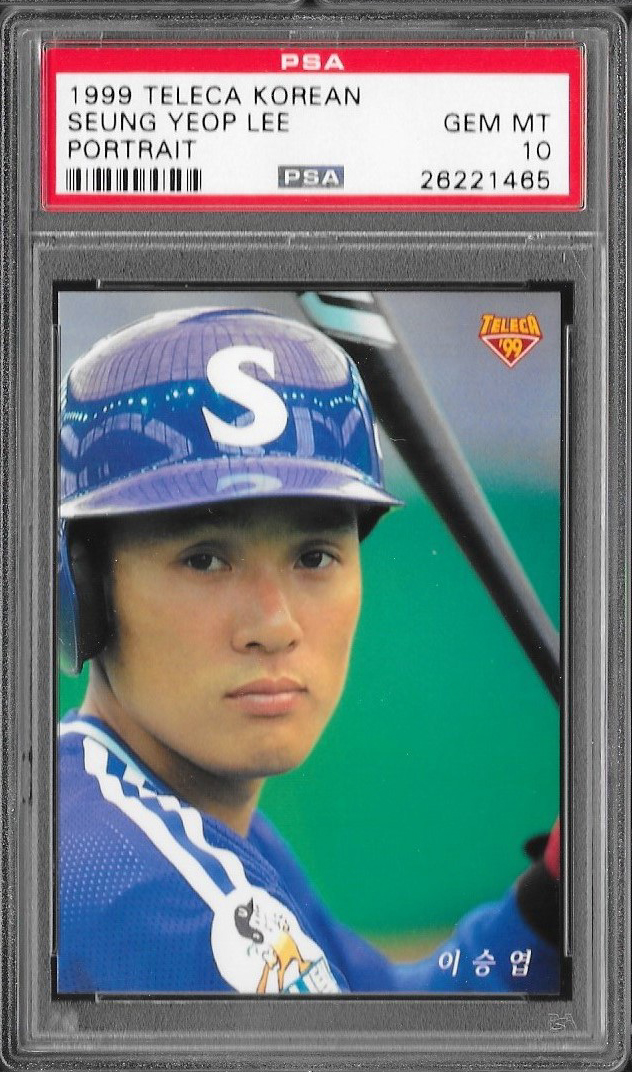 Four of these (below) will be in my sub, the Super Teleca is over-sized. These five cards are the only pre-Japan cards I have of Lee. I do not know of all the sets released between 1995 (Lee's rookie year) and 2003, before his departure for Japan. Lee does have two card sets that I have seen online but have never purchased, they go for an extreme premium. One is the 1999 Teleca Premium Home Run King set of 14 cards (I call it the Sniper set because that seems to be the name of them) and a 1999 Teleca Seung Yeop Lee Homerun 55 card set that came in a binder and is numbered.

Part 2 will introduce his Japanese cards. Thanks for reading this far.
Posted by Dan Skrezyna at 12:41 PM